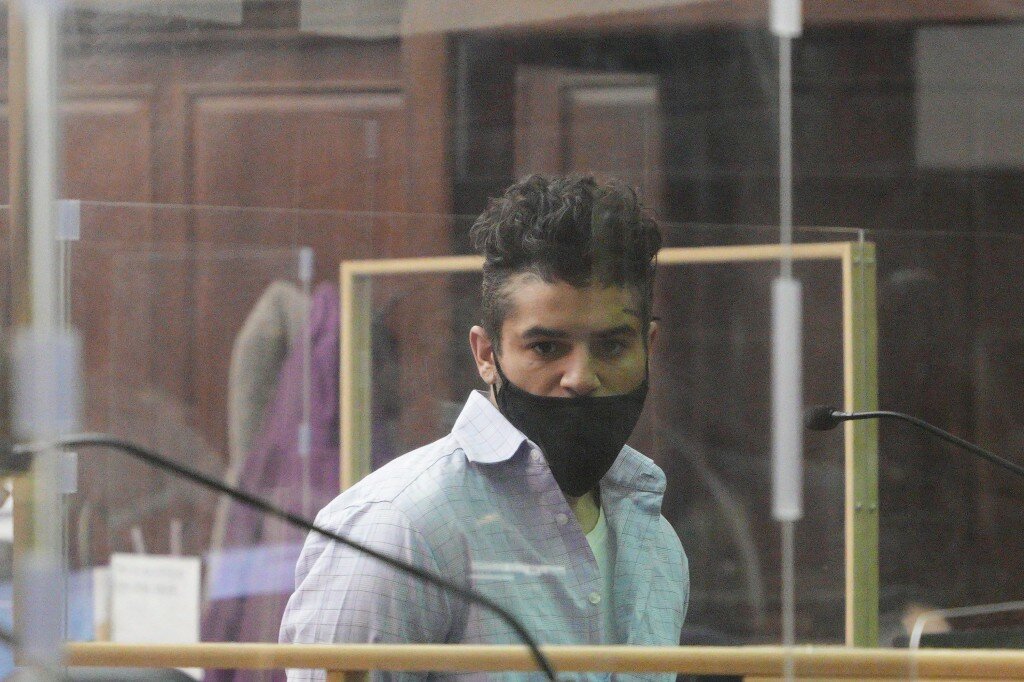 Accused Central Park rapist Paulie Velez was sent to jail without bail Saturday as a prosecutor contended he had previously fled criminal charges in the Sunshine State.

“The defendant stated he cut off his ankle monitor and fled,” Studley said.

Velez, who was wearing a purple dress shirt and blue slacks, swayed back and forth in front of the Manhattan Criminal Court judge and inaudibly mumbled at times.

He was arrested early Saturday and charged in the rape of a 27-year-old woman who was out for a jog in Central Park Thursday morning.

“The defendant raped a stranger in Central Park, and was captured on video fleeing from the scene and was in possession of the victim’s phone,” Studley said.

The NYPD caught him running from his mother’s house in Queens. When cops showed up to arrest him, Velez jumped into a “body of water,” she added.

Velez has convictions in Pennsylvania and Las Vegas, and has a New York bench warrant from February 2020, Studley noted.

A police official told The Post he was wanted in Miami-Dade County, Fla, on a sex assault. Florida records show he was arrested in February 2020 and charged with kidnapping, sexual battery and battery.

Velez is due back in court Friday for the rape case and on Dec. 13 on the fugitive warrant from Florida.

Velez’s mother and grandparents were in the courtroom and waved when he entered.

A court officer chastised them saying “Folks, you can’t be doing that.”

As Velez was escorted out he shouted, “I love you. I’ll call you when I get a chance.”

His family was escorted out of the building by Velez’s attorney, Chelsey Amelkin of Legal Aid, and refused to comment.