Trooper says Cuomo ‘expected’ drivers to speed him around 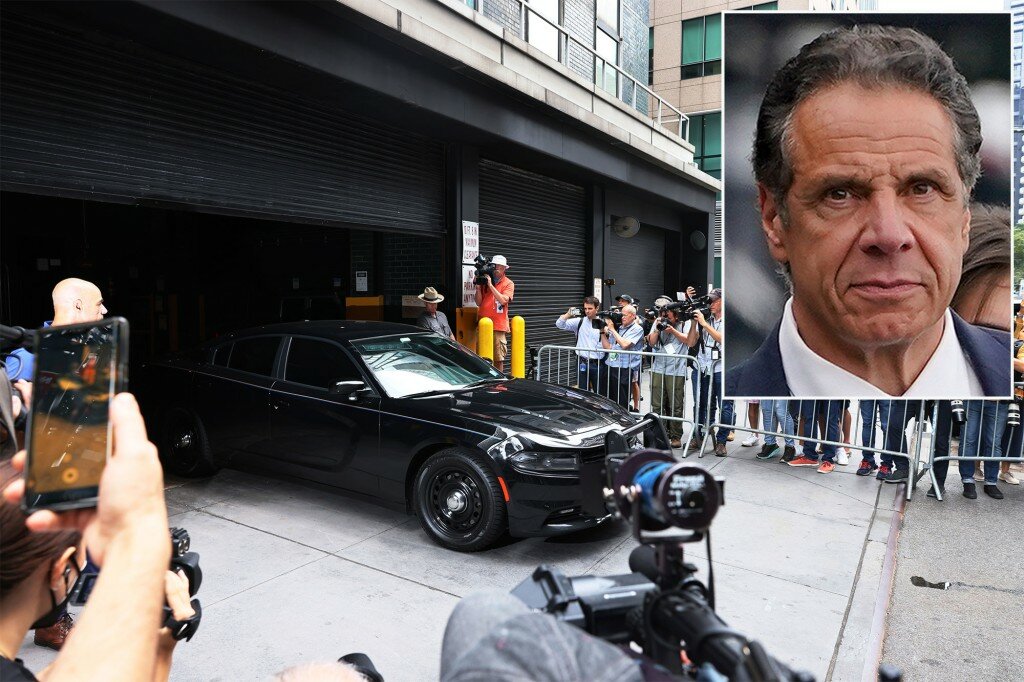 Disgraced ex-Gov. Andrew Cuomo expected his state police drivers to get him to places “very quickly” — and at speeds of up to 80 mph on Manhattan’s FDR Drive, according to the female trooper who accused him of sexual harassment.

The unidentified trooper testified that Cuomo never explicitly told anyone to exceed the speed limit but added that “you know what’s expected of you” and that it was “kind of like an unwritten rule,” according to a transcript released Wednesday by Attorney General Letitia James.

“When you drive the governor, it’s kind of like you’re bobbing and weaving through cars because you don’t want anyone passing you,” the trooper said.

When asked how fast Cuomo — a muscle-car buff — would get driven around New York City, the trooper said, “I mean if there’s an open road, I would say maybe like 70, maybe 80, let’s say, on the FDR.”

The speed limit on the heavily trafficked, twisty highway along the East Side is 40 mph.

“But when it came to driving, especially leaving [Cuomp’s former] Mount Kisco house getting to the city, there were times when you would use your lights to push people, you know, to the right lane,” she added.

“So you have a clear path to get to where you want to go.”

The trooper said she served as Cuomo’s driver until an incident when, “I stopped short, getting off the FDR, which I wasn’t a fan of.”

Afterward, she said, Cuomo told a supervisor, “Hey, you know I had too many close calls with her driving, you know, I want someone with a little bit more experience.”

The blockbuster sexual harassment report that James released in August, leading Cuomo to quit rather than face impeachment, detailed incidents during which Cuomo allegedly ran his finger down the trooper’s back and brushed his hand across her belly after she was assigned to his security detail.

During her May 19 deposition, the trooper said Cuomo “tried to be flirtatious” but often “it came off as creepy,” according to the transcript.

In another trooper-related matter revealed in the transcripts released by James, Cuomo denied any role in the transfer of another member of his security detail who was dating his daughter, Cara Kennedy-Cuomo — a relationship that was exclusively reported by The Post last year.

“No. Talk to the state police about that,” Cuomo said.

Cuomo also denied that he sought to have only female troopers protect or drive his three daughters after Trooper Dane Pfeiffer was reassigned to a post that sources said was near the Canadian border.

“I did not talk to anyone about that,” he said.