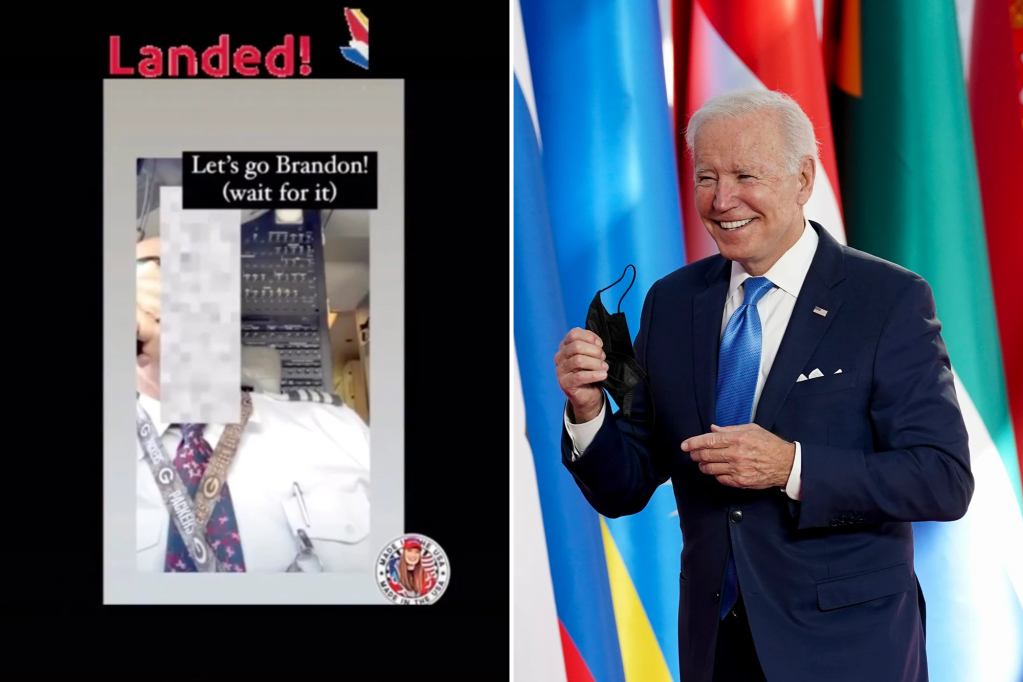 A Southwest Airlines pilot speaking over his plane’s public address system reportedly told passengers, “Let’s go, Brandon” — an anti-Biden inside joke, according to a report.

The unidentified pilot signed off with the phrase Friday, on a flight from Houston to Albuquerque, according to the Associated Press.

“We’re heading east at about 107 or 108 mph,” the pilot said, according to a clip of the incident caught on TikTok. “Clear visibility, mostly clear skies, about 77 degrees. Thanks for coming out, flying Southwest Airlines, welcome home and let’s go Brandon.”

The phrase is a PG stand-in for “F–k Joe Biden,” and has been popularized in recent chart-topping songs.

It was birthed when a network television reporter misheard a NASCAR crowd, which was repeating the more R-rated version.

Southwest was forced to cancel thousands of flights earlier this month. While the airline blamed the weather, many speculated the schedule snarl-up was in fact due to a wildcat strike by pilots resisting the impending COVID-19 vaccine mandate.

Days later, the airline’s CEO blamed President Biden and said he personally was against vaccine mandates.

President Biden mandated federal contractors to get the COVID-19 jab.

On Oct. 27, a federal judge rejected the pilot union’s attempt to block the company from imposing a mandate.

An AP reporter, Colleen Long, was aboard the Houston-Albuquerque flight — and was “almost” removed from the plane after asking the crew to open the cockpit, so she could ask the pilot for comment, she tweeted.

A Southwest rep told The Post: “The Southwest team takes pride in providing a welcoming, comfortable, and respectful environment for the millions of customers who fly with the airline each year and behavior from any individual that is divisive or offensive will not be tolerated.”

Young cryptocurrency millionaires — and those who want to learn more about their hot assets — converge weekly in the Big Apple to...
Read more
- Advertisement -