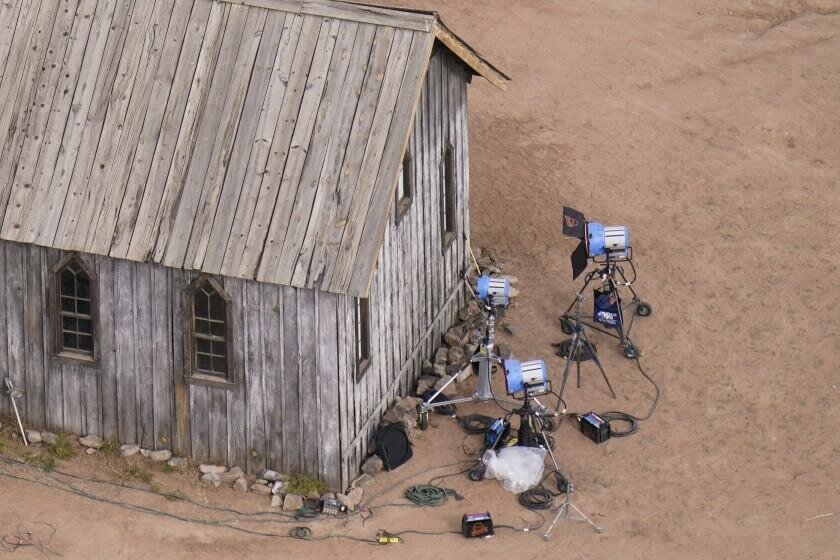 “Rust” assistant director Dave Halls on Monday called for the industry to “reevaluate its values and practices” after the death of cinematographer Halyna Hutchins.

Halls has been one of the people questioned by the Santa Fe County Sheriff’s Office in an investigation into how Hutchins died, after a lead bullet was discharged by a gun held by actor Alec Baldwin as he was rehearsing a scene. The gun was meant to contain dummy rounds, according to crew members on set that day.

The bullet hit Hutchins in the chest and then continued into the shoulder of director Joel Souza, according to the sheriff’s office. Hutchins later died at a hospital.

Halls, in a statement to the New York Post, said he was “shocked and saddened” by Hutchins’ death, calling her a friend and one of the most talented people he’s worked with.

“It’s my hope that this tragedy prompts the industry to reevaluate its values and practices to ensure no one is harmed through the creative process again,” Halls said in the statement, which did not address details of the incident.

Halls and his attorney Lisa Torraco did not return requests for comment from The Times.

How the bullet got into the revolver Baldwin was holding during rehearsal remains an open question.

In a recently released affidavit, a detective said that Halls had grabbed a gun from a prop cart outside of the structure where the scene was to be filmed and handed it to Baldwin.

But Torraco disputed that account in an interview on Fox News on Monday.

“That absolutely did not happen,” Torraco said. When asked who handed the gun to Baldwin, she did not say.

As investigators piece together what happened on the day of the fatal shooting, legal experts said it’s possible that the “Rust” production company could be held liable or potentially Halls and the armorer who handled the revolver.

In general, armorers or prop masters are in charge of handling weapons on set. Before handing them to actors, they typically show the weapon to the first assistant director for a safety check.

“Rust” armorer Hannah Gutierrez Reed told a detective that she had checked on the day of the rehearsal that the ammunition were dummy rounds and the firearms were locked in a safe during lunch, according to an affidavit.

Halls said typically Gutierrez Reed would show him the gun as part of a safety check but told the detective he did not recall checking all the rounds in the gun before Baldwin received it, according to the affidavit.

In her interview with Fox, Torraco shifted attention to Gutierrez Reed, saying that “the armorer is responsible to make sure the firearm is safe.”

Industry experts have told The Times that it is customary for an assistant director to do a safety check of any weapon before it’s given to an actor.

“Rust” script supervisor Mamie Mitchell expressed frustration that an assistant director yelled at her at lunch on the day of the accident and asked about revisions, according to audio from a 911 call obtained by The Times.

“He’s supposed to check the guns,” Mitchell said on the 911 call. “He’s responsible for what happens on the set.”

Gutierrez Reed’s attorneys Jason Bowles and Robert Gorence said in a statement that their client had “fought for training, days to maintain weapons and proper time to prepare for gunfire, but ultimately was overruled by production and her department.”

“The whole production set became unsafe due to various factors, including lack of safety meetings,” they said, adding they believed those conditions were not the fault of their client.

There have been calls in Hollywood and in the greater community to change what types of weapons are used on sets. A California state senator said he plans to introduce legislation to ban live ammunition and firearms capable of shooting live ammunition from movies sets.

Halls has previously come under scrutiny.

The industry veteran with credits dating to the early 1990s was fired in 2019 from the film “Freedom’s Path” after a crew member had a minor and temporary injury when a prop gun “unexpectedly discharged,” according to a producer from the film who declined to be named because he was not authorized to comment.