Restaurateurs betting big on Midtown as tourists flock back to NYC 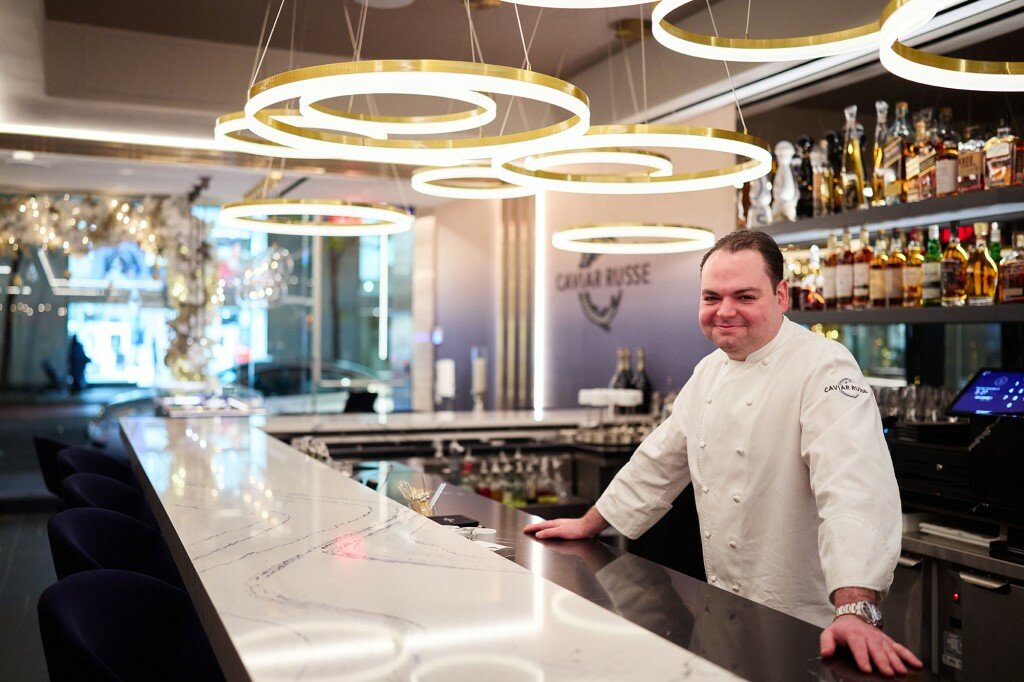 Tourists are flocking back to Midtown now that international travel has the green light — and some restaurateurs are betting big on the hollowed-out district.

David Morton, the fourth-generation restaurant owner from Chicago’s famed Morton steakhouse dynasty, will open his first New York spot next month — a 10,000-square-foot, upscale behemoth called The Landing. He expects his customers will include trickling-back office workers and tourists heading to concerts and games at nearby Madison Square Garden.

“There’s still a little bit of a void in dining options here,” Morton tells Side Dish of Midtown-area options, noting that crowds have been flocking to Danny Meyer’s restaurants in Midtown West. “They are all slammed,” Morton said of the area’s hot spots.

The Landing’s sister grab-and-go eatery, Office Hours, opened on Monday. Both are helmed by James Beard-nominated Chef Brian Huston, and located at Penn1 — a revamped office tower on 34th and Seventh that’s part of Vornado Realty Trust’s proposed redevelopment plan for the district.

The flashy new venues are arriving despite the fact that Midtown office towers are mostly empty. Just 49 percent of the city’s one million office workers are expected to be back to their desks by the end of January, according to a recent survey.  Andrew Rigie, director of the New York Hospitality Alliance, cautions that new openings and the return of tourists are a good sign — but may not be enough to cauterize the pandemic carnage for some restaurants.

“November and December need to be our best months, as January and February are always dead,” Rigie said. “And while it’s good news that the international travel ban has been lifted, many foreign tourists won’t have enough time to plan a trip to New York for the holidays.”

The city looks to be pulling out all the stops to advocate for restaurants. Incoming mayor Eric Adams last Thursday came out to support one of the new restaurant openings — lingering over a three hour dinner at Osteria La Baia in Midtown, the Post reported.

Another restaurant owner also is betting on Midtown with a spot that will open this week: The Bar at Caviar Russe, at 538 Madison Ave., near East 55th St., is a 2,000 square-foot ground-floor space below the flagship Michelin-starred Caviar Russe, which opened in 1997.

Like Caviar Russe, the new champagne-and-caviar bar is helmed by executive chef Edgar Panchernikov. The 43-seat eatery will have a more casual — albeit upscale — menu. (The cheapest bites are $25 salmon skin chips.) There’s also a $65 lobster roll topped with caviar, a $670 raw bar with caviar and, for even bigger spenders, a $10,445 order for 500 grams of Almas Osetra Caviar.

“Even though Midtown is quiet, our restaurant is back and busy,” said managing director Ilya Panchernikov. “People are eager to go out, dress up, sip Champagne, have some caviar and celebrate living life again.”

Panchernikov said things still aren’t quite back to normal, since before the pandemic lockdown, more than half of his clients were international, while around 40 percent were local hedge funders and real estate moguls.

“A lot of our local hedge fund and real estate clientele used to come in for lunch and dinner with clients and it was great. This obviously didn’t exist during the pandemic, and it is just barely starting to creep along now as people are starting to come back to Midtown,” Panchernikov said.

And over on Sixth Avenue at the Sanctuary Hotel, at 130 W. 47th St., the Chemistry Room at Sushi Lab recently opened — a lobby-level omakase restaurant that’s in addition to the hotel’s Sushi Lab Rooftop.

Another Sushi Lab outpost will open in the East Village, at 320 E. 11th St., next month, Side Dish can reveal. The original Sushi Lab Rooftop opened at the Sanctuary Hotel in July 2020, during the pandemic’s peak.

“People are booking far out in advance, planning their time for the holiday season — and we just opened,” Poon said.

These restaurateurs may be risk-takers, but they are

also in it for the long haul because, they say, they believe in New York.

Nothing, says Panchernikov, neither 9/11 nor a global pandemic, will keep New York down.

“Our clients have been with us through the best of times and the worst of times,” he said. “We believe in New York. We are very bullish on business coming back to New York City.”

Brasserie 8 1/2 is also coming back, albeit with a new name — Cucina 8 ½ — on Dec. 1 in the iconic Solow Building — from CIA chairman August Ceradini, Rachid Abdelouahad, formerly of Daniel, and award winning chef John Villa, formerly of the Tao Group and Portuguese eatery Pico.

In addition, Gabriel’s Bar and Restaurant — a favorite of power brokers like Warren Buffet and Bill and Hilary Clinton since it first opened in 1991 — is also back, though in a new, larger space, at 40 Central Park South. All of these openings are good signs for Midtown.

We hear … that Citymeals on Wheels’ 34th Annual Power Lunch is back at the Plaza Hotel this Thursday  — its first major in-person event since lockdown.

Citymeals hopes to raise more than $1 million that will go to support homebound elderly New Yorkers. This year’s lunch will honor Lizzie Tisch for her longtime support of the organization, which was co-founded by food critic Gael Greene in 1981.

Chef Daniel Boulud and actors Jane Krakowski, Kathleen Turner and Ellen Burstyn are slated to attend. Since lockdown, Citymeals has delivered more than 4 million meals to close to 20,000 people — a 10% increase.

Young cryptocurrency millionaires — and those who want to learn more about their hot assets — converge weekly in the Big Apple to...
Read more
- Advertisement -