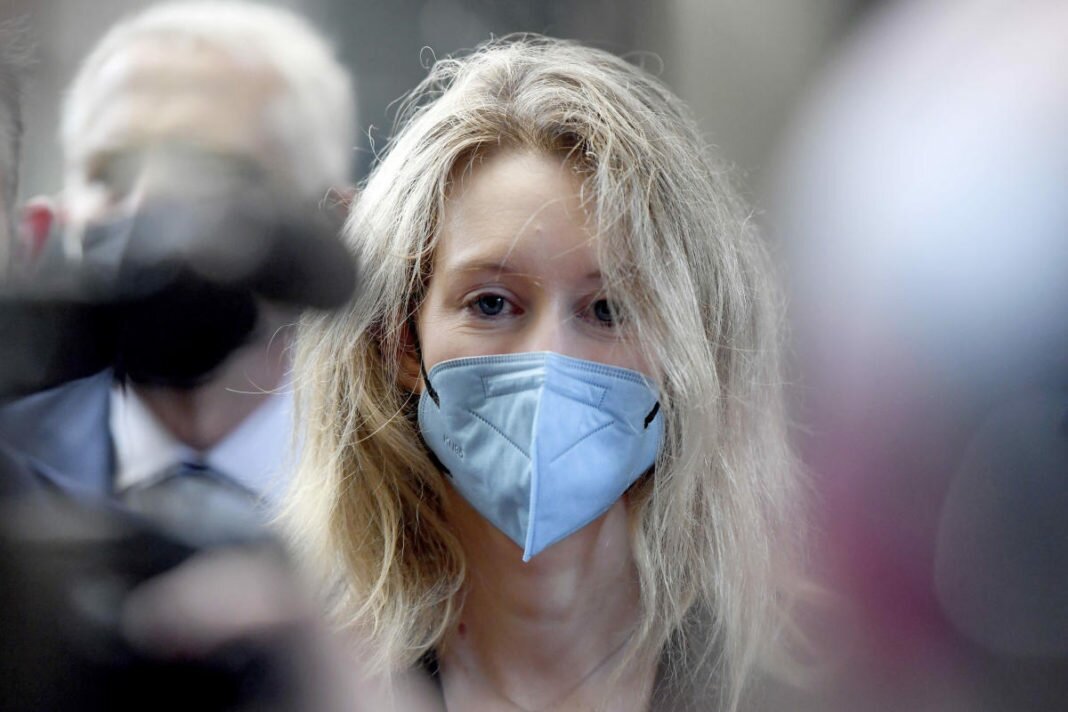 SAN JOSE, Calif. (AP) — The Fortune Magazine reporter whose cover story helped turn Elizabeth Holmes into a Silicon Valley sensation testified Thursday as to how he ended up feeling like a pawn in the entrepreneur’s promotion of what she called a revolutionary blood-testing technology.

Roger Parloff’s appearance on the witness stand marked a pivotal moment in Holmes’ 10-week-old criminal fraud trial. Federal prosecutors are preparing to wrap up their case, which has aimed to prove that Holmes defrauded sophisticated investors, retailers and patients while she was CEO of Theranos, a startup she founded in 2003 when she was just 19.

After the prosecutors rest their case, Holmes’ lawyers will get their turn to argue that while Holmes made mistakes in pursuit of her audacious ambitions, she never committed any crimes.

Holmes, now 37, may take the stand in her defense; she faces a prison sentence of up to 20 years if the jury convicts her. She has already suffered a startling downfall since the June 2014 publication of Parloff’s story on the cover of Fortune magazine.

Bearing the headline, “This CEO Is Out For Blood,” the article propelled fundraising efforts that at one point valued Holmes’ fortune at $4.5 billion — just a few years before Theranos’ scandalous collapse in 2018.

Parloff testified that he began working on the story in April 2014 shortly after being approached a representative for David Boies, a prominent lawyer who worked for Holmes and became a member of Theranos’ board of directors.

The jurors have already heard and seen evidence that Holmes used Parloff’s article to cast herself as a visionary in the mold of Apple co-founder Steve Jobs. Holmes repeatedly promised her breakthrough would come through a blood-testing device called the Edison, which she likened to a laboratory in a compact box that could scan for hundreds of potential health issues with a few drops of blood taken with a finger prick..

Prosecutors used Parloff’s testimony to play excerpts from roughly 10 hours of recordings he kept of his interviews with Holmes, aiming to support their allegation that she was running a sophisticated scam instead of a startup.

The recordings capture Holmes making statements about business relationships and blood-testing successes that weren’t true at the time she was making them, based on evidence already presented in the trial. She also emailed Parloff documents that made it seem like Theranos’ technology had been endorsed by major pharmaceutical companies such as Pfizer that in actuality had already rebuffed Holmes’ overtures.

The audio snippets also illustrate how compelling Holmes could be.

“It sounds incredible,” Parloff told Holmes during one of the recorded conversations about her and Theranos’ progress. “It is one of those special things,” Holmes responded.

As she has done through most of the trial, Holmes stared stoically ahead during more than three hours of Parloff’s testimony.

“It was a very compelling story,” said Daniel Mosley, an estate planning and trust attorney who testified earlier about his pivotal role in helping Theranos raised more than $400 million a few months after the Fortune article came out.

Most of that money came from a small group of Mosley clients — the Walton family behind Walmart, the family of former U.S. Education Secretary Betsy DeVos and the family connected with media conglomerate Cox Enterprises — after Kissinger asked Mosley in July 2014 to take a closer look at Theranos.

Shortly after a series of explosive articles in The Wall Street Journal exposed potentially dangerous flaws in Theranos’ blood-testing technology, a mortified Parloff issued a December 2015 retraction of his original cover story.

That retraction, framed by the headline “How Theranos Misled Me,” has not yet been submitted as evidence in the trial.

While Parloff voluntarily cooperated with the government in its case against Holmes, he has resisted efforts by Holmes’ attorneys to get him to reveal other information that he collected while he was writing his 2014 story and in follow up interviews with Holmes in 2015. Parloff and his lawyers have successfully argued that most of that information doesn’t have to be revealed under laws protecting the media.

The issue of reporter’s privilege came up again Thursday when one of Holmes’ lawyers, John Cline, cross examined Parloff. The reporter told Cline that he is limited by what he can provide anyway because he threw out most of his handwritten notes from his interviews with Holmes a year after they occurred, following a standard procedure at Fortune magazine.

Parloff is scheduled to return to the stand for more questioning Friday.

___ This article has been updated to correct the first name of former U.S. Secretary of Education Betsy DeVos.