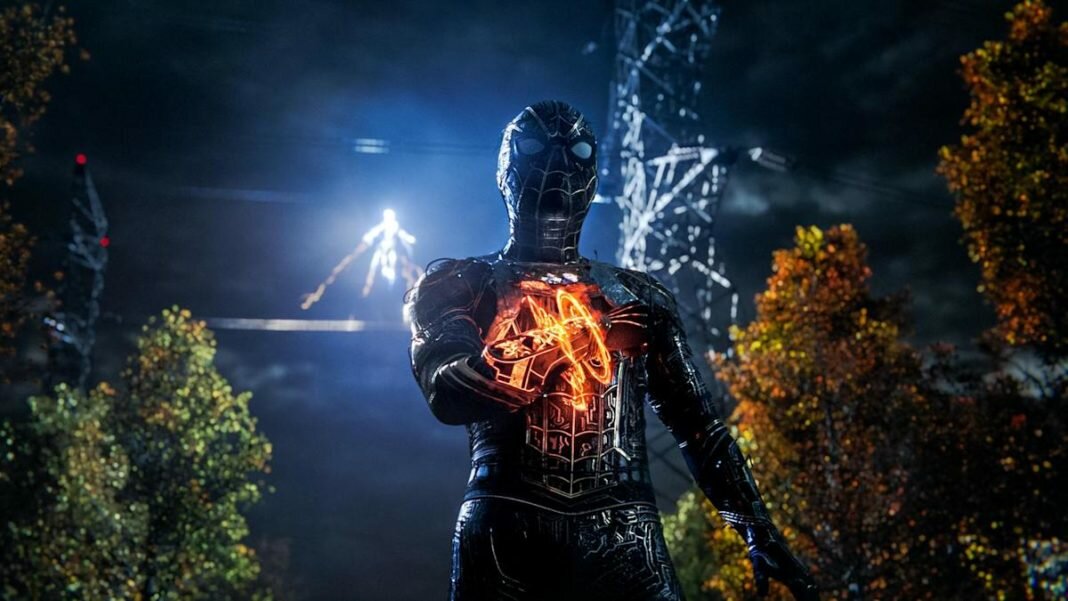 The second trailer for “Spider-Man: No Way Home” premiered on Tuesday, a little over a month ahead of the Sony Pictures and Marvel Studios co-production’s exclusive theatrical release.

As is so often the case for Peter Parker (Tom Holland), he winds up being the architect of his own misery. To undo the chaos caused in his life after his identity as Spider-Man is revealed at the end of 2019’s “Spider-Man: Far From Home,” Peter seeks the help of Doctor Strange (Benedict Cumberbatch). But his indecision instead cracks open the multiverse and unleashes a suite of villains from previous “Spider-Man” franchises, including Willem Dafoe’s Green Goblin from 2002’s “Spider-Man,” Alfred Molina’s Otto Octavius from 2004’s “Spider-Man 2,” Thomas Haden Church’s Sandman from 2007’s “Spider-Man 3,” Rhys Ifans’ the Lizard from 2012’s “The Amazing Spider-Man” and Jamie Foxx’s Electro from 2014’s “The Amazing Spider-Man 2.”

The presence of so many villains from previous iterations of “Spider-Man” has led fans to expect that the actors who previously played the iconic web-singer — Tobey Maguire and Andrew Garfield — to show up as well. But while the trailer confirmed that Molina’s Doc Ock does not consider Holland to be Peter Parker, Maguire and Garfield were nowhere to be seen.

At a global fan event in Los Angeles to launch the “No Way Home” trailer, Holland did appear to hint that such a moment could be in the film by referring to shooting a “true moment in cinematic history.”

“We were there on the day making it happen, and it was crazy — and I would love to tell you,” Holland said, as the audience in the theater began to murmur. Holland did not spill the details, but he said that when Marvel first pitched him the movie, “I was like, ‘That’s never going to work. There’s no way you’re going to be able to get that done.’ And they did.”

While Holland did not reveal any big plot developments, he did say that the hardest scene in the film to shoot was a “35-beat” fight scene between Peter and one of the villains that took days to film and left his knuckles bloody.

“You’re going to see a style of fighting in this film that you’ve never seen in a Spider-Man movie before,” Holland said. “They designed these fights to shock you guys, to really put you on your back foot.”

After the trailer first premiered, Holland, now 25, first tried to tell the story of when Marvel Studios chief Kevin Feige called him when he was 18 years old, he was overcome with emotion and had to turn away to compose himself, muttering “fucking hell” as the crowd cheered him on. After he took a moment, Holland spoke in effusive terms about “No Way Home,” hyping it as no less than “the most cinematic and theatrical superhero movie that has ever been made.”

Referring to the trailer, Holland said, “Trust me when I say that that is the tip of the iceberg.”

Zendaya is also reprising her role as MJ, Jacob Batalon is back as Ned Leeds, Marisa Tomei is Aunt May, Jon Favreau returns as Happy Hogan and Benedict Wong is Wong from “Doctor Strange.” Jon Watts returns to direct his third installment in the Holland series.

Marvel Studios is gearing up for the next era of Spider-Man with an animated original series called “Spider-Man: Freshman Year,” revealed Nov. 12. There is no official release date, but the series will explore Peter Parker’s early web-slinging adventures before “Spider-Man: Homecoming.”

“Spider-Man: No Way Home” will be released in theaters only on Dec. 17.

Watch the trailer below.