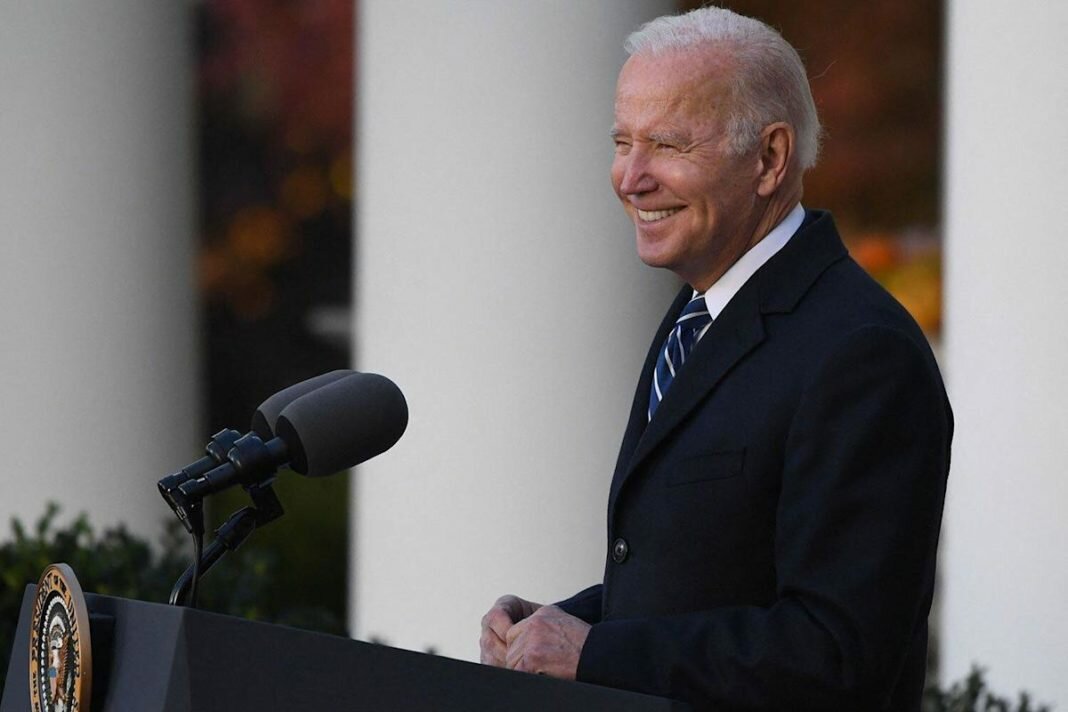 The commander-in-chief is now the only sitting president to celebrate his 79th birthday while serving his term after becoming the oldest person to ever be inaugurated as President of the United States earlier this year.

In honor of the special day, he received a swell of birthday wishes from his famous friends and colleagues across social media.

On Twitter, former President Barack Obama shared a throwback photo and a loving message to his former two-term vice president: “Happy birthday to my friend and my brother, @POTUS! Thanks for giving all of us the gift of better infrastructure. Grateful for all you’re doing to build this country back better.”

Alongside a smiling photo of the pair, U.S. Secretary of Transportation Pete Buttigieg posted, “Happy birthday @POTUS! Thank you for your lifelong commitment to the American people and for delivering on your promises to #BuildBackBetter. Grateful to serve under your leadership.”

Rep. Gabrielle Giffords shared, “Happy birthday, @JoeBiden! Sending you a celebratory elbow bump. Your compassion and integrity in the Oval Office is what our country wants. Thank you for being the #GunSafetyPresident we need.”

Vice President Kamala Harris, who temporarily served as acting president a day prior while Biden underwent a routine colonoscopy, posted an Oval Office snapshot of the duo sharing a laugh. She wrote on Twitter: “Wishing you a happy and joyous day, @POTUS. Happy Birthday!”

A day ahead of his birthday, Biden, who has spent the last five decades in politics, underwent a routine physical and colonoscopy at Walter Reed Medical Center. White House Physician Dr. Kevin O’Connor deemed him “a healthy, vigorous, 78-year-old male, who is fit to successfully execute the duties of the Presidency, to include those as Chief Executive, Head of State, and Commander in Chief.”

RELATED: President Joe Biden Is ‘Healthy, Vigorous’ and Fit to Serve Ahead of His 79th Birthday, Doctor Says

According to a Tweet from White House Press Secretary Jen Psaki, the president was in “good spirits” after the procedure and spoke with Harris from the hospital as the transfer of power ended.

Following his visit to Walter Reed, Biden returned to the White House to pardon a pair of lucky birds during the National Thanksgiving Turkey presentation.

The 2021 National Thanksgiving Turkey and its alternate were raised near Jasper, Indiana. The birds are named Peanut Butter and Jelly and weigh 40 lbs. each.