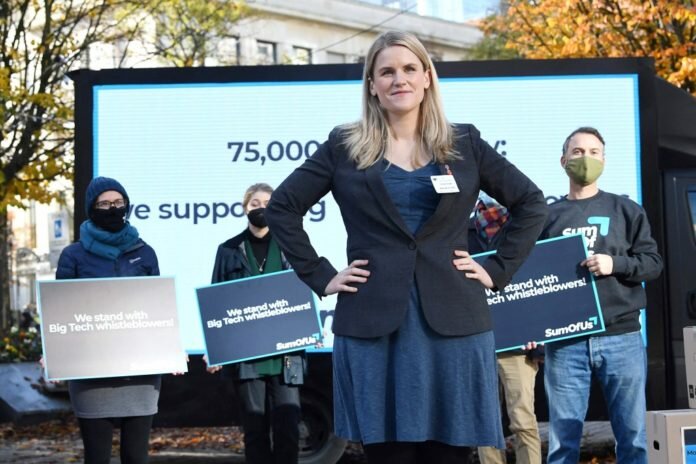 Facebook critics have a Frances Haugen problem: Many love that the whistleblower leaked a trove of documents exposing many of the tech giant’s worst problems — but hate her ideas on how to solve them.

Haugen has repeatedly insisted that breaking up Meta Platforms — the company that owns Facebook, Instagram and WhatsApp, and which changed its name from Facebook last month amid a torrent of bad press — will not solve the issues she has helped uncover. Those include Instagram’s toxic effects on teen mental health and the company’s struggles to crack down on human trafficking.

Instead, Haugen has insisted in interviews and in Congressional testimony that the company’s woes are mainly the result of poor leadership under Chief Executive Mark Zuckerberg, who has deployed algorithms that run its social-networking apps to incentivize engagement at any cost.

“These systems are going to continue to exist and be dangerous even if broken up,” Haugen told Congress in October.

Such comments have left bad tastes in the mouths of many Meta critics, who initially praised Haugen’s leaks as a breakthrough as they seek to hold Facebook accountable for its increasingly outsize power.

“She turned over the documents — great,” Mike Davis, head of the conservative anti-Big Tech group the Internet Accountability Project, told The Post. “Thank you for your service. Now go away.”

“She’s not a policy expert, especially not in antitrust,” said Davis, who previously worked for Sen. Chuck Grassley (R-IA) and supports a slate of House antitrust bills, including one that could break up Meta, Google and other big tech firms.

Instead of slicing the company into pieces, Haugen told lawmakers that the government should leave Meta whole and create a new regulator that would be able to request company data and force changes to its algorithms.

“There needs to be a regulatory home where someone like me could do a tour of duty after working at a place like this,” Haugen said.

Haugen doubled down on the idea in a Vogue interview on Tuesday, saying that calls to break up the company are “so reductive” and could even violate the first amendment.

“At which point, the way we will get change is if, like, we have 18-year-olds having dance parties outside Mark Zuckerberg’s house,” added Haugen in the interview, which was accompanied by a photoshoot.

But Haugen’s belief that Meta’s harms do not inherently come from its size but rather from its leadership and a lack of oversight is misguided, according to Matt Stoller, an antitrust expert and former adviser to Sen. Bernie Sanders (I-VT).

“The documents were useful but she’s not relevant,” Stoller told The Post, adding that Haugen “doesn’t really have any understanding of the core problem.”

“Haugen and her largely Democratic supporters are looking at the wrong solution,” the lobbyist told The Post.

“We do not need a super speech regulator,” the lobbyist added. “We need to solve the market power problem.”

Influential digital rights group the Electronic Frontier Foundation, meanwhile, has sought to thread the needle by using Haugen’s testimony to bolster their case for breaking up the company without acknowledging that she opposes the idea.

“Facebook’s broken system is fueled by a growth-at-any-cost model, as indicated by some of the testimony Haugen delivered to Congress,” the group wrote in November. “In other words, Facebook’s badness is inextricably tied to its bigness.”

“Requiring Facebook to divest Instagram, WhatsApp, and possibly other acquisitions and limiting the companies’ future mergers and acquisitions would go a long way toward solving some of the problems with the company, and inject competition into a field where it’s been stifled for many years now,” the Electronic Frontier Foundation added.

Meta and Bill Burton, a former Obama administration communications staffer who represents Haugen, did not respond to requests for comment.