Eric Adams to schmooze with CEOs, celebs at election party 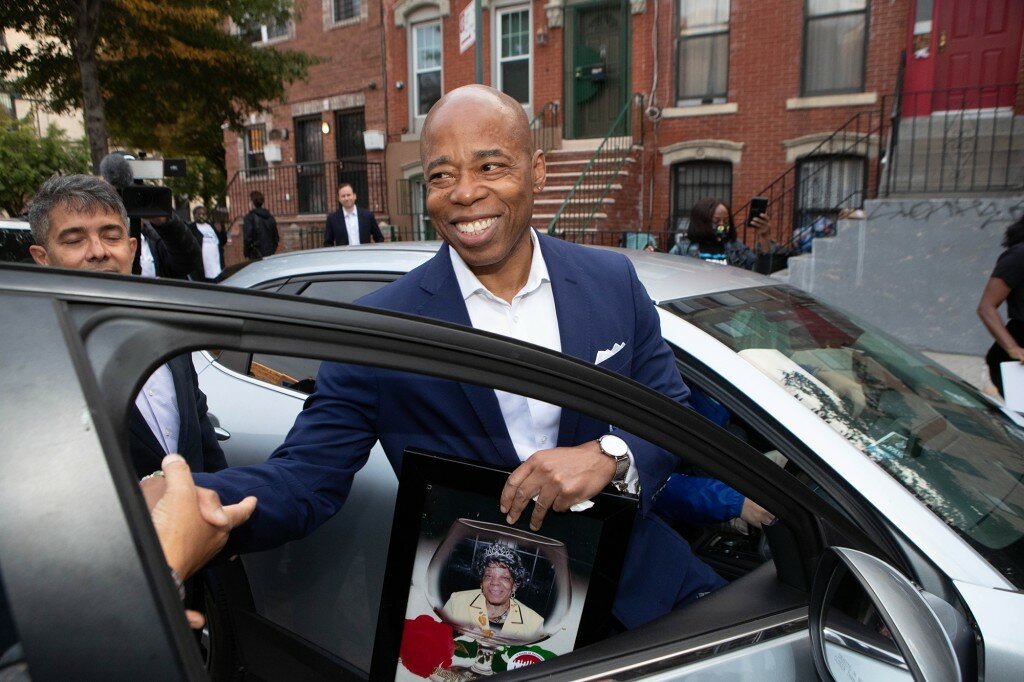 The city that never sleeps has met its match in Eric Adams.

The Big Apple’s next mayor plans to party with bold-faced names — including business titans and other VIPs — at an exclusive after-party in Manhattan late Tuesday night after he declares victory in Brooklyn.

“A who’s who of NYC is expected to attend and celebrate the pro-business, pro-safety mayor,” according to a copy of the invite obtained exclusively by The Post.

Adams is scheduled to head to the private members-only club Zero Bond in Soho for the invite-only shindig after his broader election night celebration at the New York Marriott at the Brooklyn Bridge. He’ll deliver a speech to the 100 influencers gathered at the swanky event.

Unlike Mayor Bill de Blasio, a homebody who still didn’t make it to work until around 11 a.m. in the years before the pandemic, Adams is expected to soak up the city’s vibrant nightlife as mayor.

The retired NYPD captain — who ran errands for a go-go dancer as a teen — club-hopped around Manhattan one weekend in September, joining prominent names like Nets star James Harden, La La Anthony and Paris Hilton at Zero Bond.

Although he stayed out until 1:30 a.m. that weekend — he’s promised to be at his desk at City Hall bright and early come January.

“By 6 a.m. every day, I’ve worked out, meditated and had my smoothie. Then I go right to work,” the diabetic-turned-vegan told The Post in May.